HEALTH ISSUES & CONDITIONS IN SPECIFIC DOG BREEDS, A big part of a dog’s general wellbeing is their health. Unfortunately some breeds are more likely to suffer from certain conditions than others. >>

10 of the Best Police Dog Breeds in the World 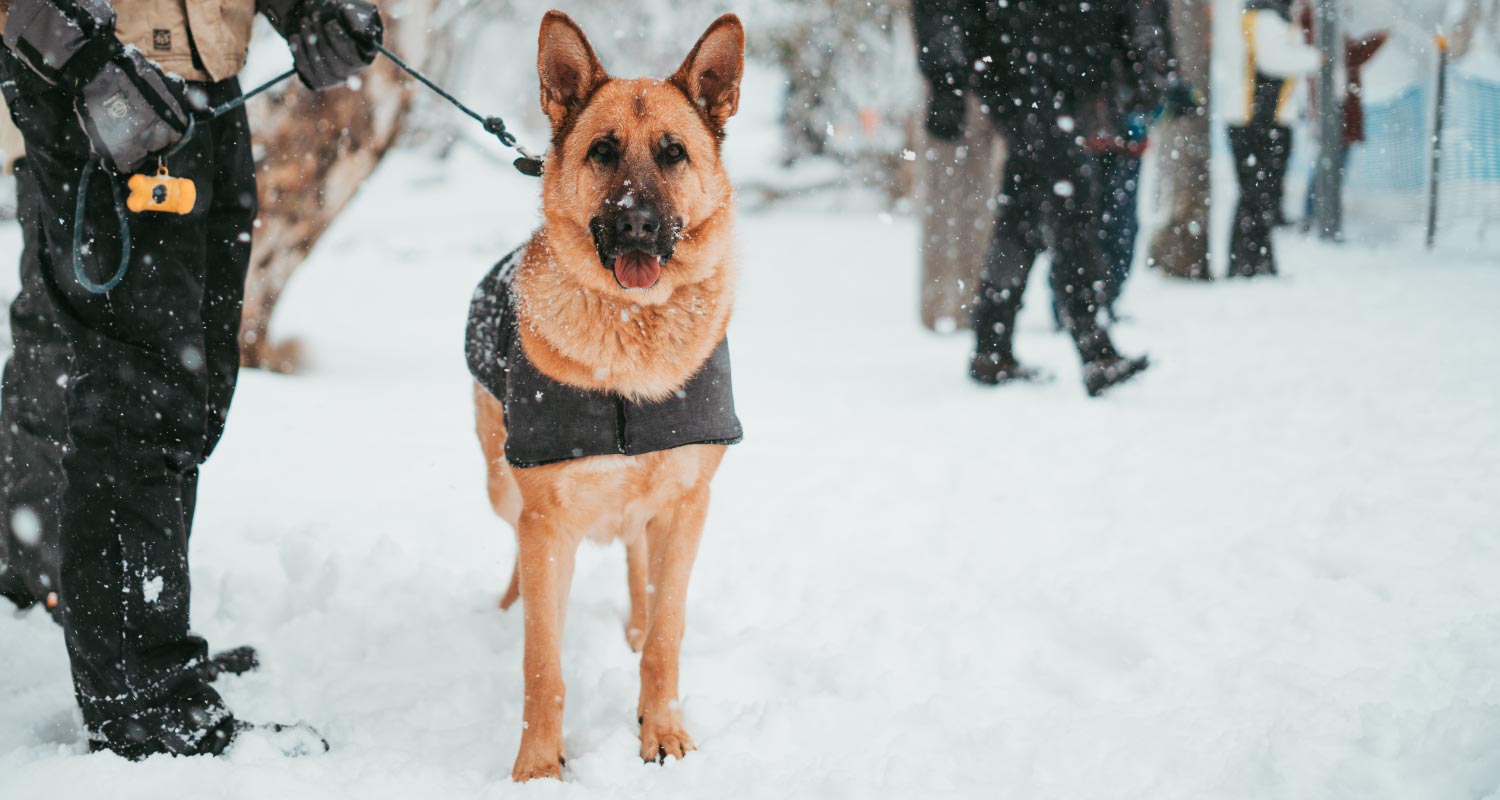 Dogs are companions and pets, but they can also be working animals. Some breeds, in terms of size, senses, intelligence and trainability, are better equipped than others to play a working role, for example, in the police force.

These special animals are trained from a very young age to assist their owners with duties they need to perform in their jobs.

The German Shepherd claims the number one spot according to numerous sources. Apart from being highly intelligent, they’ve got lots of personality and are extremely loyal and reliable. Once properly trained, they can show restraint or attack on command. They’re also known for their search and rescue abilities. Their ability to follow instructions, and persist until the job is done, is remarkable. They are brave, even when it comes to apprehending armed suspects.

Even though they’re not the biggest breed out there, Rottweilers are often seen as strong, scary and aggressive dogs, but they’re not naturally aggressive. However, they can be protective and territorial. Their strength as well as fearless and courageous traits also make them great police dogs.

The Belgian Tervuren might not seem as dangerous as a Rottweiler, but most people will think twice about upsetting its owner, especially if it’s an authority figure. Almost wolf-like in appearance, these hairy dogs should not be underestimated, even though they have a loving side. The Belgian Tervuren is always ready for action when its human companion demands, but can also be used for drug detection and bomb sniffing.

Lean, but super strong and fast, the Doberman Pinscher is a very capable police dog. They can chase and catch criminals and they don’t give up. This loyal, reliable breed, that’s up to police force standards, should not be crossed.

Compared to the miniature breed, a Giant Schnauzer makes quite the statement and can intimidate humans and other animals. For some they may seem fluffy, or even funny with their long facial fur, but there’s a reason they are used as police dogs. With a large body and confident stance, they demand respect and their jaw strength should not be underestimated. Still, they are loyal companions and trustworthy police dogs that are very capable of fulfilling their duties.

When considering different breeds for a police dog, the Dutch German Shepherd is an excellent choice. With an expected lifespan of up to 15 years, they are amazing assets, as long as their health and wellbeing are prioritized. They can fulfill their duties for years which may contribute to sustainable breeding.

Also known as great family dogs, Labrador Retrievers should not be underestimated for their working capabilities. As police dogs, they are used for bomb sniffing, drug detection and picking up sensory messages humans can’t always or immediately sense with their ears and eyes.

With the proper training, Boxers can be great police dogs. Both the Schutzhund Boxer and Deutscher Boxer are fit for the demanding work. They’re specifically popular because of their agility and ability to jump.

The first thing many people notice when looking at a Bloodhound is its lovely long ears! But don’t let this long-faced, gorgeous hound fool you. They are strong, disciplined and natural hunting dogs with the nose and instincts to go after bigger ‘prey’ than just fluffy rabbits.

These guys, more commonly known for their hunting skills, have been around for ages and make great police dogs. They are intelligent, keen to please and highly trainable hounds that are great trackers thanks to their keen sense of smell. These beautiful dogs may not look intimidating (in fact, they’re quite friendly if you’re one of the good guys), but they know how to get the job done.

The Many Jobs Of Cats Read Now